Pseudomorphism - What does it all mean?

Quite often as mineral collectors and enthusiasts we come across these terms used to describe mineral specimens. Generally they command a premium price due to thier unusual nature - However, there is a fair amount of confusion about what category a specific specimen might fit into. Let's have a look at what it all means!

This is possibly the most common term encountered. Common in the carbonate family (And in most mineral groups), we often see pseudomorphs of Malachite after Azurite, or Tennantite after Azurite. These prime examples are best known from Tsumeb, in Namibia.

When naming pseudomorphs, we look at the two minerals present. In the case of the Malachite - Azurite system, the original mineral present was Azurite and the replacing mineral is Malachite. Therefore, the pseudomorph can be termed as Malachite after Azurite, or as commonly seen on mineral websites, Malachite ps. Azurite. 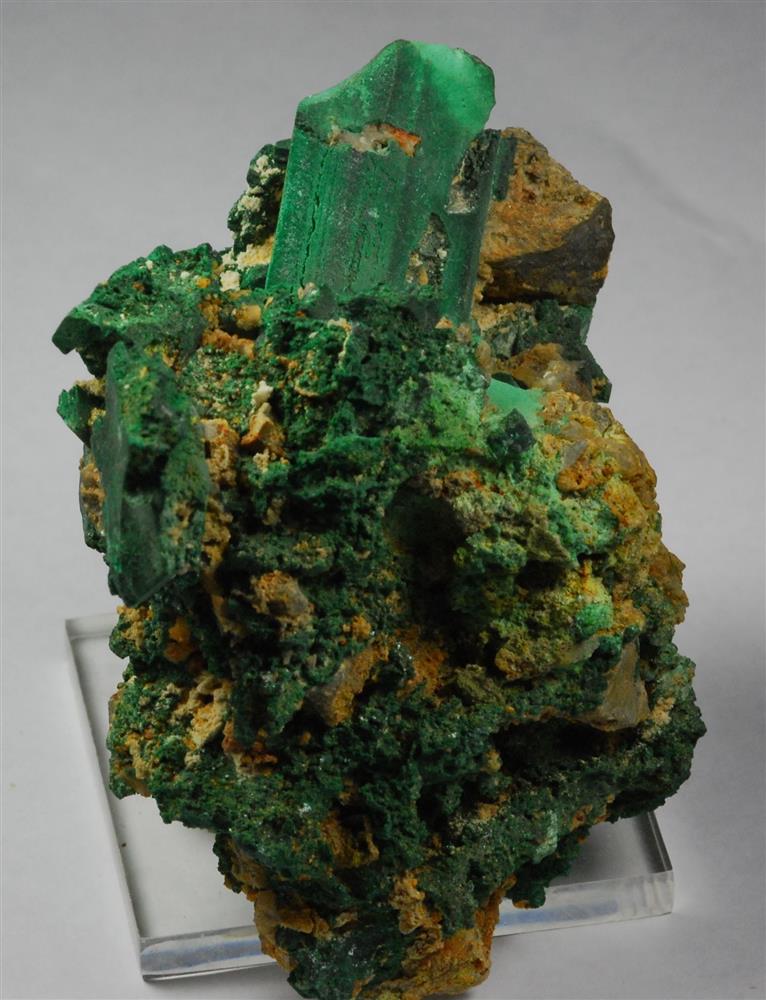 Thus, we can define a pseudomorph as a mineral that has had the internal structure changed, while preserving the external form. Ie, one mineral has replaced another without a change to the crystal shape.

This is generally enough detail for mineral collectors, but we can take it one step further and define different types of pseudomorphs.

Substitution pseudomorphs show a slow removal of the original mineral, with a simulaneous replacement of the new mineral. Ie, as the original mineral is removed the new mineral replaces immediately. A good example of this is petrified wood - Silica replaces the wood fibres as they are removed, retaining the shape of the wood fibres. We can say that petrified wood is a substitution pseudomorph.

Another great example of this is Quartz replacing Fluorite. These specimens, although rare, are quite stunning and show the characteristics of a substitution pseudomorph beautifully. The aforementioned Malachite ps. Azurite change is a substition pseudomorph.

Alteration pseudomorphs are very similar to substition pseudomorphs. Indeed, alteration is often just considered as an incomplete variant of a substition psuedomorph. Put simply, the replacement has not run to completion. This is often seen with the Anglesite ps. Galena system, where an unalterered core of Galena remains.

Incrustation pseudomorphs, also known as epimorphs or perimorphs, occur when the "new" mineral forms a "crust" over the original mineral. The original mineral is later removed through some geochemical process. This leaves a situation whereby the replacing mineral preserves the crystal shape of the original mineral. Quartz again provides us with a fairly good example - Quartz can encrust cubes of Fluorite, which will later be dissolved.

A stunning example of this process is exhibited with Prehnite, which can overgrow calcite forming the described "crusts." At a later date the Calcite is removed, leaving Prehnite exhibiting the "crystal shape" of the original mineral, Calcite. 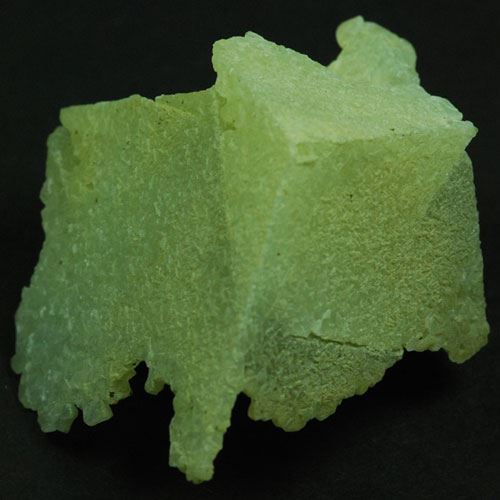 Paramorphs can be a bit tricky to spot. These form when there is no change to the external crystal form, however a change is exhibited internally - Such as the change from Aragonite to Calcite. Note that with paramorphs the chemical composition remains the same - another great example is the Rutile - Brookite change - Both show the same chemistry (TiO2).

Simply put, we can define a paramorph as a mineral that has changed on the molecular level only. There is no change in chemical composition or external structure - Just an internal re-arrangement of molecules.

Incrustation psuedomorphs are most often simply called casts - It's up to you to decide how you would like to define the type of psuedomorph on your label!