One of the most famous deposits in South Africa, hosting one of the world's largest manganese deposits, and of course some of the best manganese minerals the world has ever seen!

Let’s look at the history of this deposit, some of the mines that operate there, the geology and of course the all important minerals that can be found in the Kalahari Manganese Fields!

Geology – A (very) brief introduction to the Iron – Manganese deposits

The manganese and associated iron of the Transvaal Supergroup were deposited in an ancient shallow sea on the border of the Kaapvaal Craton, hosting some of the oldest rocks on our continent.

The Transvaal Supergroup was deposited between 2200 and 2600 million years ago, and is an exceptionally well preserved succession, allowing one to examine in detail the depositional environment of the late Archean to early Proterozoic time span. Indeed, the Transvaal Supergroup is considered to be one of the geological wonders of the world, as most of these early depositional systems have undergone massive deformation throughout the course of geological history.

The Transvaal Supergroup itself, with reference to the Kalahari Manganese deposit, can be described according to the geological map presented in the Manganese Adventure –

The base of the Supergroup (Black Reef Formation) consists of shales and quartzites, also known as the Vryberg formation in Griqualand West. This is overlain by a very thick iron-rich Carbonate succession, referred to as the Chuniespoort Group in the Transvaal and the Ghaap Group in the Griqualand West area. The upper portion of the Supergroup consists of thick shale-quartzite successions, lavas, minor iron formations and dolomite, referred to as the Postmansburg Group.

The Transvaal Supergroup is overlain by the Olifantshoek Group in the Griqualand West area, and the Rooiberg Felsite with associated Dullstroom lavas in the Transvaal.

Currently, major mining occurs along the Maremane Dome, in the Postmansburg Group, as seen in the map to the right. The Kalahari Manganese Fields are preserved along the axis of the Dimoten syncline, enriched along the Olifantshoek unconformity – Hosting some of the richest manganese deposits in the world in the Hotazel, Mapedi and Lucknow Formations, part of the Griqualand West succession.

Hydrothermal upgrading of the ore has resulted in distinct zonation with regards to the ore body, developed around faults. Areas further from the faults show lower grade ore, with areas adjacent to the faults showing a much higher grade of ore. Zoning is also shown vertically in the seams that are mined – Closer to the contact they are more iron enriched, and manganese enriched towards the centre. The ore has also been upgraded through duplication – Thrust faulting is responsible for this.

Over 200 mineral species have been declared from the deposit already!

In the map we can see there are two main areas of mining - Along the Maramane Dome, from Sishen to Kolomela - These mines are more iron based (Hollow triangles), and produce much of what we export, collectively referred to as mines belonging to the "Postmansburg manganese field" by some mineral collectors.

Along the Dimoten Syncline we have the mines of the Kalahari Manganese Fields, from Wessels and Black Rock to Adams and Middelplaats. For the purpose of this post, we're going to focus on these mines.

The first mention of manganese deposits in the area was to the Black Rock outcrop, by Dr A. W. Rogers in 1907, published in the Geological Survey of the Cape of Good Hope. It is noted, however, that a distinct lack of perennial water was present in this area, as opposed to the Postmansburg field, first mentioned by Henry Brown in the early 1900's. The first development in the area can be attributed to Captain Thomas Shone, whom prospected the area in 1922, following this with the formation of the company Union Manganese Mines and Minerals Ltd (1925), shown in a 1926 publication with it's first sale of ore in 1927. Samancor formed a year after Union Manganese, through the then-attorney for Postmansburg, A.J Bester - Influenced by the very positive 1926 report on the economic potential for the area by Dr A.L Hall, the assistant director of the Geological Survey, based in Pretoria. 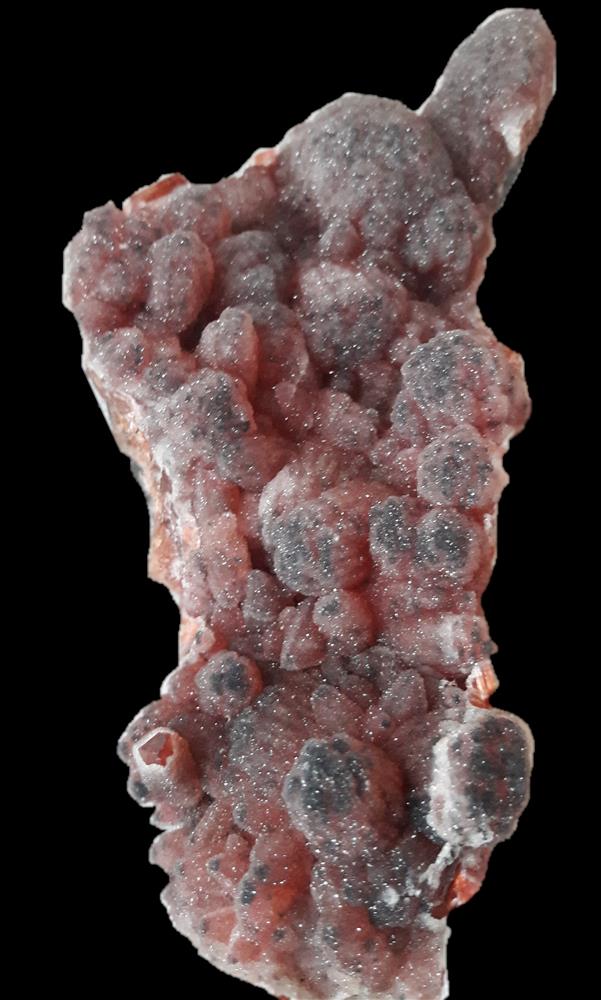 Of course, no story about the manganese fields is complete without discussing Guido Sacco, an Italian mining engineer. He mapped the Gloucester deposit (Refer to the map above) in 1927, followed by the formation of yet another company, Gloucester Manganese Mines Ltd, in 1928.

Interestingly, mining of the deposit only commenced in 1936, through an agreement with Bob Hersov, one of the directors of Anglovaal. The Beeshoek deposit was at this time also added to the company ledger. This led to the formation of the now iconic mining company, Assmang, which gave direction to mining in the area for many decades to come.

Up until now we've been looking at the Postmansburg field, where it all began. Despite rapid development in this area, the Kalahari field lay untouched until World War II, with manganese demand exceeding supply.

Sacco, in 1940, explored the Black Rock deposit and quickly recognized the potential for high grade ore - The rest is as we say, history, with the acquisition of the farms Belgravia, N'Chwaning and Santoy, and the official opening of the Kalahari Manganese Fields for business under the Assmang flag. 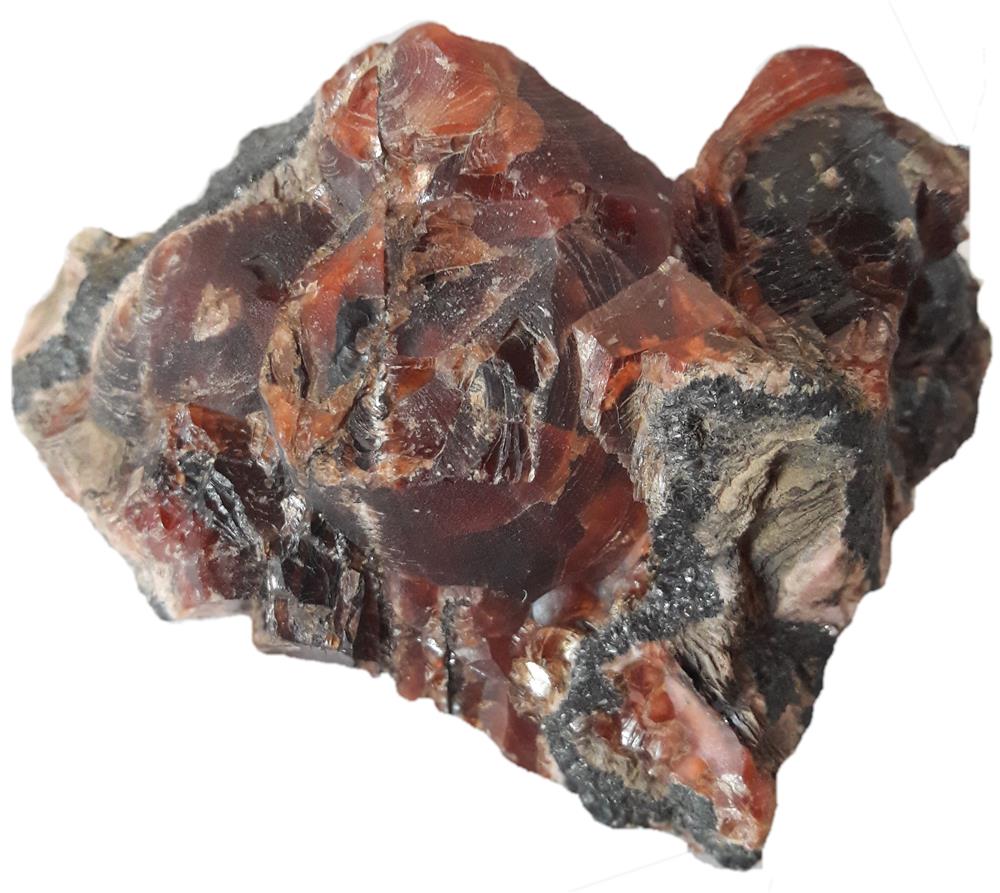 Mines of the Kalahari Manganese Fields

The first mine to open is the iconic Black Rock mine, in 1940, with underground operations beginning in 1942. This was followed in quick succession by Devon in 1954 and Smartt in 1959, by Assmang and Samancor respectively. The discovery of the high grade Hotazel ore in the 1950's also led to the opening of Langdon, famous for stunning Tudorokite specimens, and the Hotazel mine, where the first of the soon to be world famous Rhodochrosite from the Kalahari field was discovered.

From here expansion and growth kicks up a notch, with the opening of the Adams open pit in 1959 and Mamatwan in 1960. Mamatwan is the only early open pit to still be in operation today!

Gloria, Belgravia and N'Chwaning I date back to the 1970's, following the installation of a private railway line by Assmang. This railway line made economic the opening of Wessels by Samancor in the same time span.

Development in the area is ongoing, with rapid expansion - Smartt was reopened in 2008 by the United Manganese of Kalahari, amongst others. Early ownership of the majority of mines by Assmang and Samancor has now been split between many companies, new entrants and titans like Anglo alike.

The Kalahari fields first became famous for the find of Rhodochrosite in the 1960's, as previously mentioned. Perhaps the most famous minerals relate to what is termed the "Wessels event" - the hydrothermal alteration of Wessels type ore. This ore is rich in Hausmannite, Bixbyite and Braunite II, and was developed through the removal (Read, fluid leaching) of primary manganese carbonates, followed by the introduction of new elements by the hydrothermal fluid. This led to the amazing variety of calcium manganese hydroxysilicates, calcium hydroxysilicate and borate minerals.

Zinc minerals are very rare, with only one occurrence of Sphalerite reported, followed by minerals that contain copper - Vonbezingite and Wesselsite are good examples. Lead is also rare, although present in the mineral Kentrolite.

Of course, these are later finds - Many minerals relate to the supergene environment, and weathering. Cryptomelane originates in this environment, as does Tudorokite and Pyrolusite. Pyrolusite and Chalcedony are associated with the Cryptomelane, with more recent weathering producing Goethite and hydrated manganese oxides.

We can't talk about minerals without mentioning Sugilite - Export controlled in South Africa, Sugilite has been the subject of much contravercy and many stories, from bags sneaking out of mines late at night, to huge stocks painted red so as to be Jasper to the untrained eye! 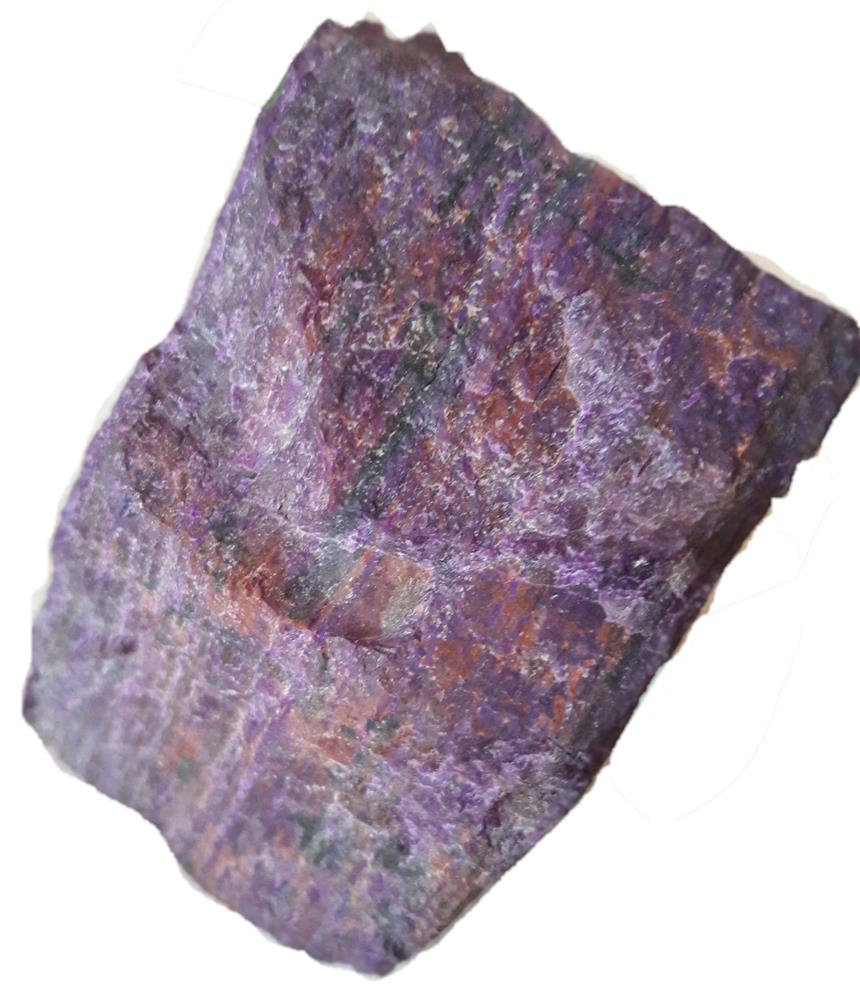 Sugilite occurs mainly in Wessels and N'Chwaning mines, as dense fine grained bodies along the foot and hanging wall of the lower manganese ore beds. It is also known to occur along joints and fault planes. Many rare and interesting species are associated - from garnet to Kornite and Hematite!

The most important mineral finds are related to vugs in the ore - Most commonly Manganocalcite, however Ettringite and the rarer cousin Thaumasite occur, as well as Inesite, Xontolite and Shigaite (Often associated with Rhodochrosite). This is by no means an extensive list! The massive Poldervaartite finds are a fine example of vug related minerals - Truly massive Poldervaartite pockets were found, essentially crashing the market for this mineral over many years. 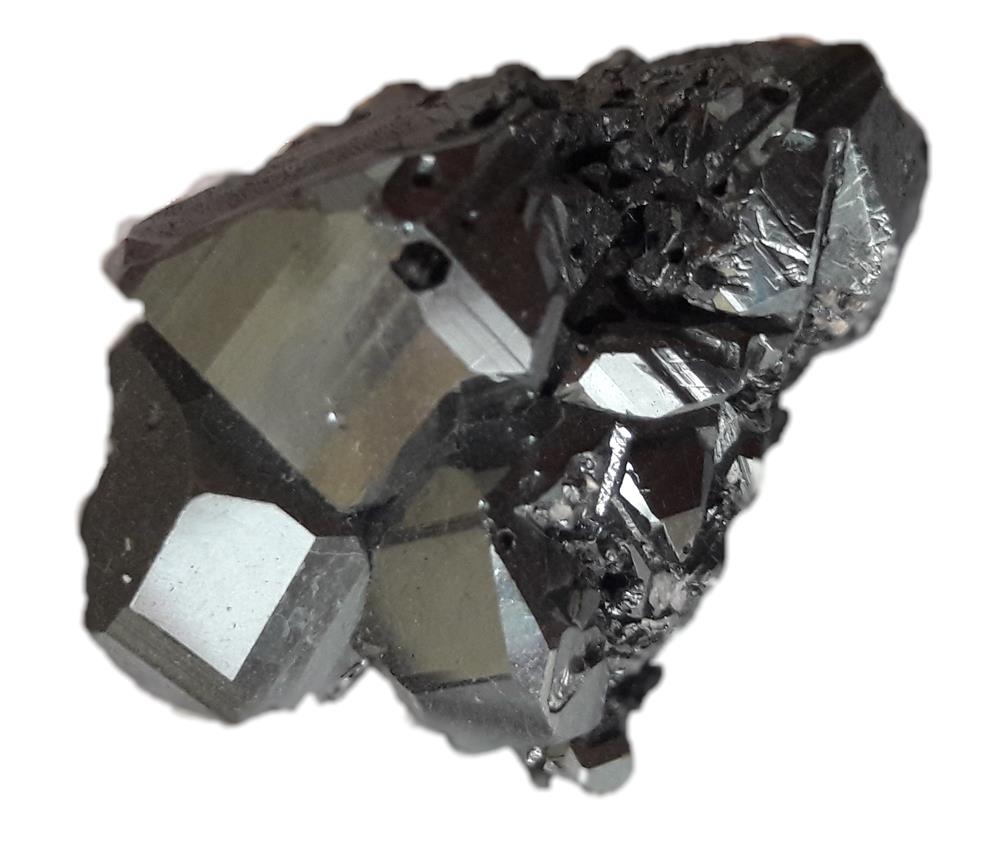 Sulphide minerals are generally related to what is termed the "Gloria event", defined as a hydrothermal alteration most well developed at the Gloria and Mamatwan mines, shows some truly stunning carbonate-suphide-hematite associations.

Some of the best specimens of pyrite overgrown with calcite are related to this, and can be traced directly to the Gloria mine. Chalcopyrite, Pyrite, Bornite and Marcassite are also related to this, found along a small fault system in the Mamatwan mine.

Alteration of a primary, Braunite rich mudstone along joints and faults shows the formation of Jacobsite, Pyrite and Quartz - In Wessels and N'Chwaning, this is seen in fault zones filled with brecciated ore, containing an assemblage of Hematite and Calcite with small amounts of Pyrite.

The Kalahari Manganese Fields have a diverse and complex geological history (We haven't even touched on the effects from the intrusion of the Bushveld Complex!), with a wide and famous mineral heritage. Mining in the area has spanned over a century, starting in the now often forgotten Postmansburg Manganese Field before shifting to an area with higher quality ore to meet the modern production demands. Many mines have come and gone over this generation-spanning period, however some will always remain in the hearts of mineral collectors. Wessels, N'Chwaning and Hotazel are set to roll off our tongues for another century to come!

View more specimens from the Kalahari Manganese Field on our website here.